Single match tickets of world championships starting at 40 zlotys! One match in pass for only 16 zloty!

Tickets for April’s IIHF Ice Hockey World Championship Division I Group A at Krakow Tauron Arena will be available from Friday 13th of February 2015 from 1 P.M. at www.eBilet.pl

Tickets price starts as low as 40 zlotys per one championship match.

– We already know that there are many people, who are interested and questions are coming from all over the world – says Dawid Chwałka, president of Polish Ice Hockey Federation.

The prices for one match of championships game are 40 zł, 60 zł, 80 zł i 120 zł  depending on the chosen sector at the Krakow Arena.
– The cheapest version for matches of our team is 40 złotys each, which is only 200 zlotys in total – says Chwałka.

The pass prices for whole championships (15 matches) are also good. It’s  240 zł, 360 zł, 480 zł, 720 zł, which gives only 16 zlotys per one match in the cheapest version.
Don’t be late to buy the tickets, as lately during Polish Cup games in December 2014 the tickets were sold in one week!

Tickets are availabe on www.eBilet.pl from Firday 13th of February 2015 at 1 P.M.
Best two teams will be promoted to the ice hockey world’s elite. Team that will take last place, will be degradated to the Division I Group B. 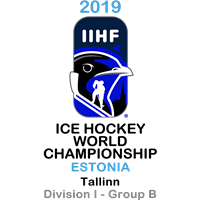